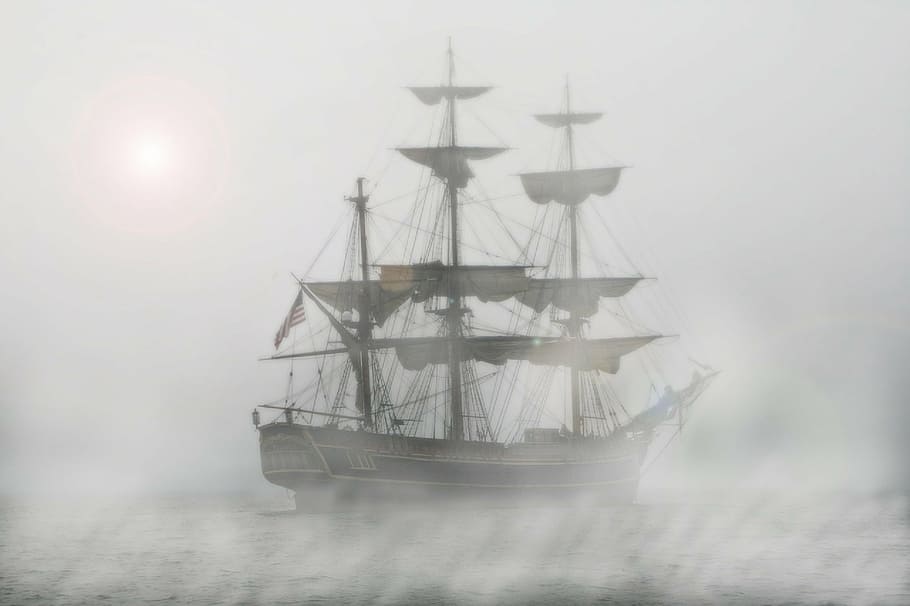 Robert Smalls was born into slavery in Beaufort, South Carolina.  And at age 12, his master hired him out to business associates in Charleston where Smalls worked in a hotel, and later as a lamplighter.  But his real love was the sea, so he found a way to work on the docks, then as a rigger and a sail maker, and eventually as a wheelman (basically a pilot, although slaves were not allowed to hold that title).Although a slave, when the Civil War began Smalls was assigned to serve on the CSS Planter, a lightly armed Confederate transport.

And on May 12, 1862, the three white officers of the Planter decided to spend the night on shore.  Smalls, and seven other enslaved sailors, decided to steal the ship and sail it to freedom.  So, dressed in the Captain’s uniform that included a straw hat, he sailed out of the harbor, and then stopped at a nearby wharf to pick up his wife, children, and the families of the other crewman who were hiding there.  Having learned the secret Confederate codes and signals, Smalls, sailed the Planter past five different Confederate forts that guarded the harbor without ever being stopped.

And by morning, flying a white bedsheet as a sign of surrender to avoid being fired upon by Union ships, Smalls was home free.  He turned the ship over to the United States Navy, along with the valuable cargo that included canons, artillery pieces and ammunitions earmarked for Confederate forts, and the secret Confederate signal book.For his exploits, Smalls was celebrated in Union newspapers and was invited to a private meeting with President Lincoln.  There, he was able to persuade the President to allow African-American men to serve in the Union Army as soldiers.  When Lincoln agreed, Smalls joined the Army.

He was later transferred to the Navy where he would be named the first black captain of a vessel—ironically the same one he’d commandeered two years before, the Planter, now a ship in the Union Navy.  By the end of the War, he had been involved in 17 different battles.Now if he did nothing else for the rest of his life, Robert Smalls would be a hero.  But there was more.After the war, Smalls returned to Beaufort and purchased the home he’d been a slave in.  And in an amazing act of charity, he allowed the aged widow of his former slave master to live there with him and his family until her death.Smalls would go on to become a successful businessman, opening a store where former slaves could work, and was elected to the South Carolina State House of Representatives and State Senate, and finally the United States House of Representatives where he would serve for five terms.

This legend of a man would die at 75 years-old in the same town he was born in as a slave.  But because of his life Beaufort, South Carolina, and indeed America, had become a very different place.

Robert Smalls is a hero you should know.  And I’m Dr. Ross Porter.