D Day and Us 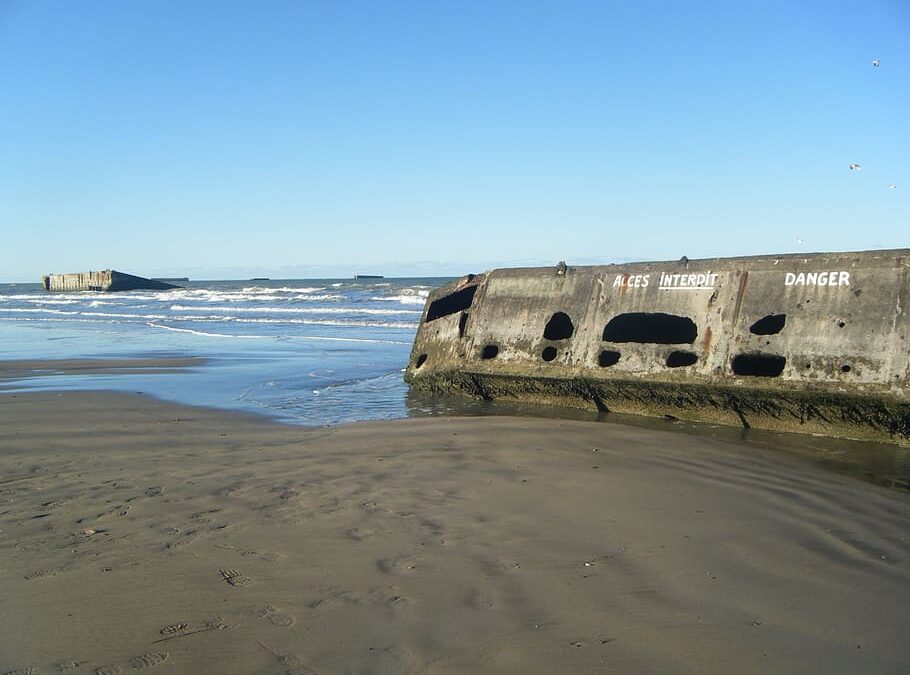 74 years ago today, more than 160,000 Allied soldiers stormed 50 miles of Normandy coastline, to strike a decisive blow for freedom.  60% of those men were killed or injured before they even reached the shore, and 10,000 would not live to see nightfall on June 6th—D-Day.A few years ago, Jenni and I travelled to Normandy, and arrived in the small town of Bayeux late in the afternoon.  And because we were still a couple of hours away from dinner time, we decided to dump the suitcases in our room and set out on a walk.  Almost immediately we came upon a sign pointing toward the British war cemetery on the outskirts of town, and we decided to pay our respects.  There, just under 4,000 British soldiers are buried, having paid the ultimate price for freedom in the historic invasion.   Making our way slowly and reverentially through the rows of tombstones we noticed a still-fresh bouquet of flowers lying on the  grave of a twenty year old British soldier who had died the day of the invasion.  And as we drew closer, I saw a notecard peeking out from beneath the flowers, with the slightly smudged “17 June” visible.  The visitor had been there just a day before we arrived.  Who would be leaving a handwritten message on a marker that was 64 years-old?  My curiosity got the best of me and I gently lifted the bouquet to read the rest of the message.“Sweetheart, I love you and always will.”  Even now as I read these words I catch my breath;  the message was so simple, and so profound.  Of course there is much we don’t know about this love.  But we do know what matters most…that it endured.  Across the years and tears, the love endured.  But how?  How much time could these sweethearts have even had together?  He was dead, tragically taken, before his twenty-first birthday.  Yet, sixty-four years later she returned;  still feeling, remembering, and sharing what they had.  Reality is so much more powerful than anything Hollywood could dream up. I think about that woman every time June 6th  roles around.  So many lives altered on that one significant day.  And how different would our lives be today if the Nazi’s had repelled the Allied forces, and turned the tide of the war?  What if evil had won? The ‘greatest generation’ is almost gone, now, and as they slip into eternity I fear that fewer and fewer will fully appreciate the tremendous debt of gratitude owed to these heroes. This is why days like today are so significant. We must be reminded to remember.And ‘remembrance’ becomes a virtue when we both remember and then live differently, more gratefully and purposefully, because of the remembering…we honor those who sacrificed for the Good, and remind ourselves that freedom isn’t free…and that “freedom consists not in doing what we like, but in having the right to do what we ought.”May we never forget what happened on the beaches of Normandy on this day.  And the responsibility we carry to live differently because of this day!